Must Be Talking to an Angel…

I love that day after an amazing night when you’ve really earnt your hangover……Saturday was one of those!

Sam and I hosted the annual ‘Angel Ball’ at Colwick Hall in Nottingham. This year was to raise money for 3 charities, Beating Bowel Cancer, Nottingham Breast Institute and British Heart Foundation. We’ve been hosting auctions for over 5 years now, but the last 2 have become really nerve wracking…what with the recession, there was a time where it was really difficult raise decent bids. But Saturday was a rip roaring success, (clearly plenty of loaded people wanting to flash the cash!!) All good for us and more importatly of course the charitites!!

After that was time for us to relax and indulge…probably didnt need quite as many jagerbombs…but then we probably wouldnt have seen so many hilarious sights on the bucking broncho!! 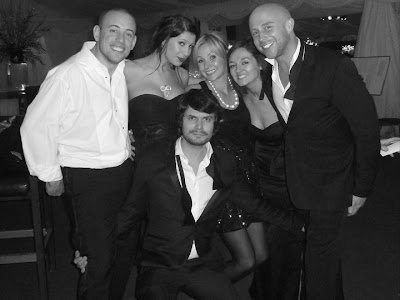