You know the drill….you go through a break up…you want a new look…you dye your hair. It’s the law. In a way. Soooo, my wonderful work colleagues, well namely my co-presenter Sam decided going Red would be my ideal new look. I hastily agreed, after pining for the red head look for some years now but never quite daring to. I get bored very easily with my hair…like my physical height, my hair follicles also seem to be vertically challenged. So growing long lustrous locks has always been far too tedious. It just seems to get to a point…and stop. Or go straggly. So in other ways of experimenting it’s been bobbed, short, blue, black, mid way, pobbed, blonde, brunette (natural-rare), caramel, cropped and now….RED. The cropped look was a low point. At 23 I did NOT want to look like an 8 year old boy.

So off to the hairdressers I popped, all anxious and fearful, much like the dentists. This could be disastrous. Recently my hair was at it’s longest, most natural and I was generally at peace with it…should I be mixing it up? This happened….
[youtube=http://www.youtube.com/watch?v=0FwTBG_MISc?version=3]
As you can see….disappointment all round. So, just before turning 29, I decided to take action. I LOVED being a bit red, but I’d had a taste and now wanted to really go for it. So I just picked up the brightest permanent red Boots had to offer, went home and applied. The first 5 minutes when it started tingling and a burning sensation crept across my scalp was a tad worrying…but stuck with it…and when washed off the result almost ended in tears. Which is actually a good thing as it was a shock….which means it made a difference!
Anyhoo…I now LOVE it and can’t imagine being brunette again…it just seems a bit…boring (no offence-its my natural) but being red feels a little naughtier, more adventurous and as soon as my scalp calms down…the only way is redder!!!
Before…. 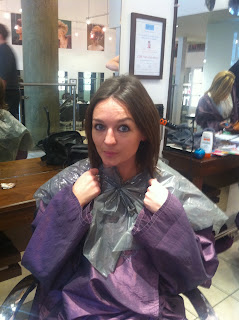 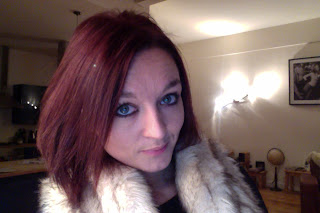