The Hunt For Batman…

So if there’s an A list celebrity in the East Midlands, we feel it’s our duty to track them down and try and get an interview, or failing that, at least stalk them and find out what they’re up to. It’s our obligation to you of course. We tracked down Michael Buble when he was here…he LOVED our banner we made…we had a chat with Ronan Keating at his hotel, went backstage with JLS, Kelly Clarkson, James Blunt, Olly Murs to name but a few. So when we heard world class actors Anne Hathaway and occasional psycho Christian Bale were filming scenes for the new blockbuster ‘Batman-Dark Knight Rises’ at Wollaton hall in Nottingham, we were VERY excited. And of course, we wanted to get closer. However this would be a risky one. I mean, we all remember how angry Christian Bale can get if you interrupt one of his scenes….

There was no way of getting Bale or Hathaway in for an interview so we were gonna have to go stealth…and find them ourselves, by invading Wollaton Park. Risky move with this live cannon of an actor. But it was a risk we were willing to take. Well, when I say we…I actually mean Dangerous Dave and Producer Simon from the show. Security was gonna be tight so we had to go to extreme measures… 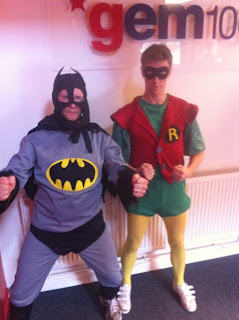 They were ready to infiltrate….but did we find Bale?! 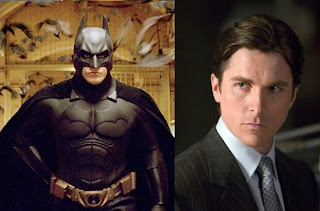